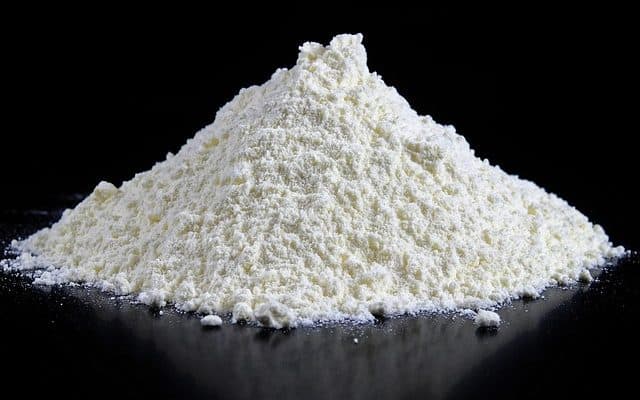 A common question I often hear is is tapioca flour keto-friendly? I think because so many paleo recipes use tapioca flour people think it is ok to use it on the keto diet. However, this is simply a mistake, and using tapioca flour will quickly kick you out of ketosis.

Since a keto diet is a high-fat, low-carb diet it would not be something to consume on a keto diet. Tapioca flour is made from the pulp of the cassava root. Cassava is a rooted vegetable that is pretty much 100% starch.

However, if you are trying to stay away from grains as well as carbohydrates then there are certainly some better options for you. We will get to that in a minute but first, let’s answer the basic question on why so many people think tapioca flour is keto.

Why Tapioca Flour Is Not Keto Friendly

People asking if tapioca flour is keto is actually one of the most common questions I see online. The reason I believe there is so much confusion is that tapioca flour is used so often in paleo recipes. In addition, you will see tapioca flour in many gluten-free products like bread, tortillas, and waffles.

Since there are many people who follow both a paleolithic style diet along with a ketogenic diet it causes quite a bit of confusion. A paleo diet, though often low-carb, is not the same as a keto diet. The typical guidelines for following a keto diet are eating roughly 70-75 percent of your calories from fat, 20-25 percent from protein, about 5-10 percent from carbs.

By following this diet you should be put into the state of ketosis. People often debate what foods are considered keto friendly. However, as long as your macros are right, you are following a keto diet. So if you want to get technical, putting a teaspoon of tapioca flour into a recipe alone is likely not going to knock you out of ketosis. So it is possible to eat a small amount of tapioca flour on a keto diet. However, I don’t see how this could be of any benefit.

A paleo diet, on the other hand, has more to do with eating what a paleolithic man would eat. Which, naturally, would probably have been pretty low in carbs. But you can bet if a paleolithic man found some starchy cassava root he probably wouldn’t be in ketosis for very long.

What Kind Of Flour Is Keto-Friendly? 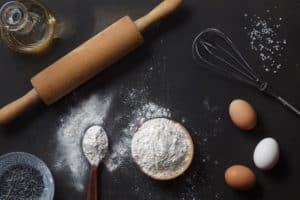 In addition, almond flour is highly nutritious and typically measures equally with wheat flour. Another great thing about almond flour is that it makes a great thickening agent. This is great, especially since tapioca flour is often used as a cornstarch replacement in paleo recipes. This makes almond flour a great option for thicking up some soup or gravy without all the carbs.

My personal favorite keto-friendly flour is pecan flour. You can find this amazing low-carb flour online or simply make it yourself. Pecans contain fewer carbs than any other nut that I am aware of. In fact, a 1/4 cup of pecan flour contains only about 1 net carb. That’s 26 fewer carbs per 1/4 cup than tapioca flour.

Like almond flour, pecan flour measures pretty much cup-for-cup with wheat flour. In addition, pecan flour can be used as a thickening agent in place of tapioca flour. However, the only downside is that it can be harder to find and can be priced pretty high.

Another common keto flour is coconut flour. Unlike almond and pecan flour, coconut flour does not measure cup to cup with wheat flour. Coconut flour can also be used as a thickening agent in place of corn starch or tapioca flour for keto-friendly recipes. For more information about keto friendly flours, I suggest you check out my keto baking guide!

Low-Carb Thickening Agents To Use Instead Of Tapioca Flour

I learned this the hard way when I added what I thought was a small amount of xanthan gum to the gravy stewing in my crockpot. Before I knew it I was dealing with what seemed to be a big blob of jelly. So be careful with this one and try adding in a very small amount at a time. In addition, web MD recommends limiting to less than 15 grams a day.

Make sure to read up on all these ingredients above, as large amounts may cause stomach discomfort or other problems. Anyway, I hope you enjoyed this article! And even though tapioca flour is not keto-friendly, rest assured that there are plenty of other options available.