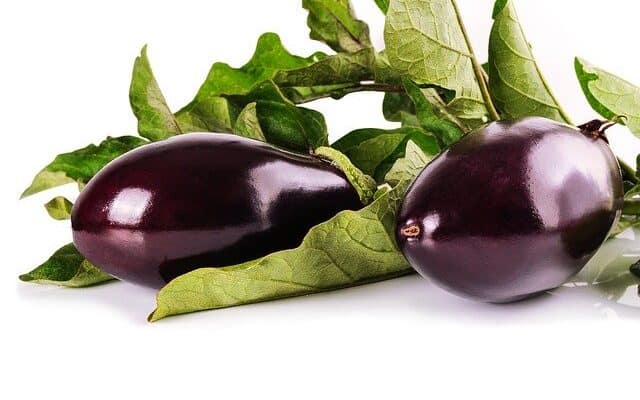 When starting the keto diet it can be difficult to figure out which fruits and vegetables are keto-friendly. Sure you might be familiar with the keto staples but there are many foods that tread the line on what is and what is not ok to eat on the keto diet. One food that causes much confusion is eggplant. After all, Is eggplant keto?

Eggplant is keto-friendly in moderate amounts. That said, there are certainly better options to choose from. Eggplants do have more carbs than many other vegetables. So enjoy eggplant on the keto diet in small amounts.

Though eggplant may be considered low carb when compared to many other foods, it still contains a moderate amount compared to most keto-approved foods. After all, the keto diet is not just a low-carb diet. It is a diet that is high in dietary fats, moderate in protein, and very low carb. Most people on the keto diet should keep their net carbs to fewer than 25-3o per day.

How Many Carbs Are In An Eggplant

Now that you know how many net carbs per day you should have, let’s see how many carbs are in an eggplant. Once we figure this out, we can get a picture of how much eggplant can be enjoyed on a keto diet. One whole unpeeled eggplant (548 grams) contains 32 total carbs. Of those carbs, 16 are in the form of dietary fiber.

So to get the net carb amount lets subtract the 16 fiber carbs from the 32 total carbs. We are left with 16 net carbs in one eggplant. So as you can probably already see you should not consume a large amount of eggplant when following a strict keto diet. Even eating just half of an eggplant will take up a third of your daily carbs.

However, that does not mean you cannot eat some eggplant on keto. Just make sure to keep your carbs in check. If you do that eggplant can be a tasty addition to a keto diet. For example, you can make this amazing eggplant parmesan recipe from headbangerskitchen.com. You can get away with recipes like this because the eggplant is paired with many other keto-friendly foods like parmesan cheese.

Eating Eggplant On The Keto Diet

The reason the eggplant parmesan is keto-friendly is that it cooked with many other keto-friendly foods. On keto, you should be getting about 70-75% of your calories from fat, 20-25% from protein, and 5-10% or fewer from carbs.

The key to keeping your macros on track is by eating foods that are high in fat. So if you are going to enjoy some eggplant you should pair it with or cook it with high-fat foods. Since the eggplant parmesan is made with parmesan and mozzarella cheeses it evens out the carbs from the eggplant.

Another good example is this Crispy Fried Eggplant Recipe from lowcarbmaven.com. In this recipe, the eggplant is coated with pork rinds, parmesan cheese, and olive oil.

All of these ingredients are high in fat and basically carb-free. So even though there are some carbs in the eggplant, the high-fat foods reduce the percentage of calories coming in the form of carbs. In fact, one serving contains just 3.15 grams of carbs and a whopping 17.26 grams of fats. Once all is said and done this recipe is a great keto recipe.

Another way to get away with eating eggplant on keto is to simply reduce the amount you use in your recipes. If for example, you have a salad recipe that calls for one half of an eggplant, you can simply reduce that amount to say 1/3 of an eggplant. By doing this you can easily shave off a decent amount of carbs from many of the recipes you can find online.

The first recipe that comes to mind is the one mentioned earlier. That is the eggplant parmesan. By using keto-friendly ingredients you can easily make an eggplant parmesan recipe that is great for the keto diet. There are many other recipes you can find but this one is a solid choice. Another great idea would be to make a keto eggplant pizza.

If you can start to see the pattern the trick is to use a recipe that is loaded with cheese. That said, I understand that dairy may be off the menu for many of you. If so there are not too many dairy-free eggplant entrees that I can really think of for the keto diet. You can, however, find some eggplant side recipes online that you can enjoy with your entree.

That said since eggplant is fairly high in carbs I’m not sure I would recommend it as a side by itself. However, adding it to a salad or enjoying a small amount on the side is not unreasonable if you really love eggplant.

Though eggplant is not the best choice for the keto diet, you can enjoy a small amount in moderation. That said, I recommend pairing it with or cooking it with high-fat keto-approved foods. Simply make sure that you keep track of your portions and try not to exceed your daily carb limits. As long as you follow those simple rules you can enjoy a bit off eggplant without getting kicked out of ketosis.

Continue Reading
link to Are Apples Keto? Carbs In Apples

Apples are one of the most popular fruits in the world. Not only are they loaded with nutrition but they are also very delicious. Apples come in a variety of tastes, colors, and even textures. That...