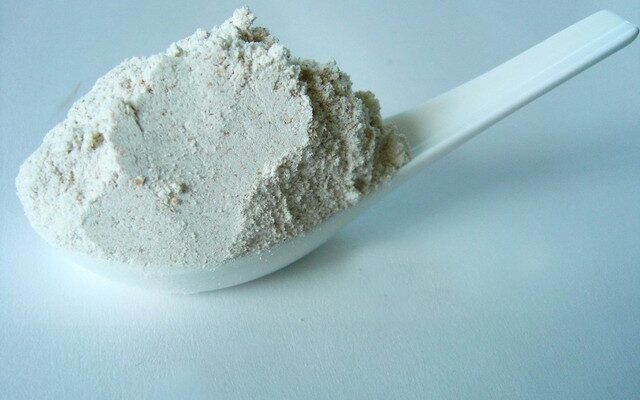 I have worked in the natural food business for most of my life now. I have seen trends come and go. Sometimes things are simply fads and some products will likely be on the shelves for many years. For the past few years, I have seen many products using arrowroot flour in their recipes. Most of the time you see arrowroot used in paleo products. However, you might be wondering is arrowroot flour keto-friendly?

Why Do So Many People Think Arrowroot Keto Friendly?

The reason, I believe there is so much confusion is there is so much cross-over in the keto and paleo community. Many people who follow a ketogenic diet also follow a paleo style diet as well. This creates a lot of confusion because these two diets though may help complement each other for health purposes but are two totally different diets.

A paleo diet, in a nutshell, is eating what we believe that the paleolithic man would have had access to. Naturally, you would not run into a field of donuts or pizza back in those days. Being hunters and gatherers, their diets would naturally most likely be much lower in carbs than the typical American diet today. However, you better believe that if a caveman ran into a field of berries he would not be too worried about getting kicked out of ketosis.

A keto diet, on the other hand, is eating in a way where your body goes into a state of ketosis. This is accomplished by eating roughly 75% of your calories from fat, 20% from protein, and 5% from carbs. For most people that would mean that you are eating less than 25 net carbs per day.

You will hear many people online forbidding certain foods on the keto diet that may even be high in fat and low in carbs. Though I usually agree with the foods that they do not allow on their diet plans, however that does not mean these foods will knock you out of ketosis. Really they are just poor quality foods that may negatively impact your health.

Don’t get me wrong I think you should eat mostly natural foods that are nutritious and don’t negatively impact your health. However, I just wanted to clear the air and say that this major cross over between the two diets does create a lot of confusion.

Many prominent keto influencers will say things like vegetable oil is not keto. However, it is not that vegetable oil will knock you out of ketosis, it just that these oils can cause inflammation. So don’t get me wrong I’m not pro-vegetable oil. I simply think that making this clear distinction will end a lot of confusion.

There are many things that are paleo-friendly that are not keto-friendly. A good example is arrowroot flour. You will see many paleo recipes that make you think of the keto diet that will contain high amounts of arrowroot flour.

For example, someone I know was talking about this restaurant that makes cauliflower pizza. He thought he had finally found a restaurant that carried keto friendly pizza. Come to find out, thanks to the addition of rice and arrowroot flour, his pizza had almost the same number of carbs as regular pizza.

In the same way, many keto friendly foods would not be considered paleo or clean by many people. A good example is many dairy products. Sure someone can argue against eating heavy whipping cream, that does not, however, change the fact that it is a high-fat and low-carb food.

Keto-Friendly Flours To Use Instead Of Arrowroot

Almond flour is most peoples go-to keto friendly flour substitute. Almond flour is low in carbs, high in fats, and has a good amount of fiber. In addition, it is available at many grocery stores as well as online. If you find a keto dessert online, then the recipe most likely contains almond flour. For those reasons, I make sure my pantry is always stocked up with plenty of the low-carb flour.

Pecan flour is also a better keto-friendly option to use instead of arrowroot flour. Pecan flour actually contains substantially fewer carbs than almond flour does. In fact, 1/4 cup serving of pecan flour contains about 4 total carbs, 3 grams of fiber, and only 1 net carb!

The only reason I do not recommend pecan flour over almond flour is that most recipe websites do not use pecan flour in their recipes. That is with the exception of this website! So it is harder to find recipes to use with pecan flour. It is also not as widely available and is usually more expensive.  Thankfully, however, It is pretty easy to make and is also available on Amazon.

Another amazing keto flour to use coconut flour. This low-carb flour, like almond flour, is typically pretty easy to find. Many but not all people who are allergic to nuts can handle coconut flour without any issues. Check with your doctor first, of course, but coconut flour might be your best nut-free substitute for arrowroot flour.

Keto Thicking Agents to Use Instead Of  Arrowroot Flour

Not only can a small amount quickly turn a stew into a blob of jelly. It is not recommended to eat more than 15 grams a day according to web MD. So be careful when using this keto friendly arrowroot flour substitute in your recipes.

Other Great Keto Thickening Agents Include:

Make sure to read up on all these ingredients above, as large amounts may cause stomach discomfort or other problems. Though arrowroot flour is not keto-friendly, rest assured that there are plenty of other options available.