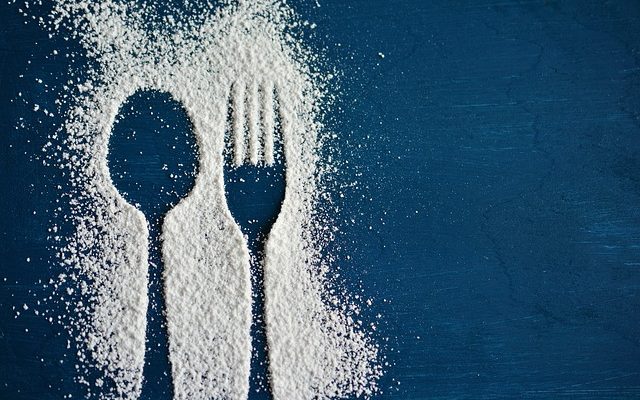 Ever wonder why some of your keto desserts made with erythritol have a minty cool aftertaste? This is a common problem when baking with low-carb sweeteners such as erythritol or Swerve. When erythritol dissolves in a liquid a chemical reaction happens that causes it to have a cool minty aftertaste. This is known in the keto world as ”the cooling effect”.

We have all been there. You just got back from the grocery store with all of your keto baking ingredients. This is the first time to try one of the keto cookie recipes you found online. Everything seems to be going great, you’ve just taken the cookies out of the oven, and they look amazing.

You take your first bite and just can’t believe how tasty they are. Then, all of the sudden, you get a strong, cool, minty taste in your mouth and question if you did something wrong.

Rest assured — this is completely normal and is kind of expected when baking with erythritol.

Unfortunately, it’s hard to get around this when cooking with erythritol or products that contain erythritols, such as Swerve Sweetener or Lakanto Monk Fruit Sweetener. Thankfully, however, there are steps you can take to minimize the cooling effects of erythritol. But first, lets simply discuss what the cooling effect is and why it happens.

What Is The Cooling Effect Of Erythritol? 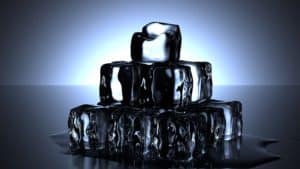 The cooling effect is a chemical reaction that happens when undissolved erythritol makes contact with the saliva in your mouth. The reason it feels like it is getting cold in your mouth is that it actually is. The erythritol is actually taking heat from your mouth when it is dissolving.

This is what happens if erythritol or other sugar alcohols have not already dissolved in some sort of liquid. The erythritol is taking energy from the heat of your mouth, often resulting in a cool minty aftertaste.

So, now that you know what the cooling effect is, let’s talk about how we can minimize it.

How To Get Rid Of The Cooling Effect Or Erythritol

The only way to really get rid of the cooling effect of erythritol is to dissolve it in water first. Of course, this might work great for sweet tea or coffee but not necessarily for many other keto recipes. There have been countless recipes where I had to do a lot of trial and error to minimize the cooling effect.

In addition, there have been plenty of keto desserts recipes I simply had to give up on because the cooling effect was so strong. I would rather have fewer great recipes than to put out a recipe that was not up to a certain standard. Truth be told, I believe there are some recipes that you simply cannot make into a great keto recipe using erythritol. That is, of course, unless you like a hint of mint in all of your baked goods.

That said, let’s talk about the good news. First of all, there are plenty of keto recipes where the cooling effect is almost unnoticeable. This is especially true in recipes that use a lot of liquids and fats. For example, I have never noticed a cooling effect in any of my keto ice cream recipes. Perhaps it is because ice cream is already cold, but also because they contain high amounts of liquid and fat.

Keto desserts made with cream cheese such as cheesecake are also great desserts to bake using erythritol. However, for other desserts, there are still things you can do to minimize the cooling effect. First off, you can simply reduce the amount of erythritol you use in your recipes. You can also add more liquids and fats to your recipes as well.

This could all just be in my head, but mixing the erythritol into the wet ingredients first seems to help as well. Lastly, some people say that doing a mix of erythritol and stevia together helps to minimize the cooling effect of erythritol as well as the aftertaste of stevia.

Do Other Keto Sweeteners Have A Cooling Effect? 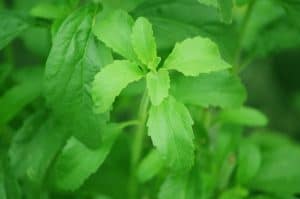 As mentioned previously, there are other keto friendly sweeteners that do produce a cooling effect. The most common example would be stevia. Stevia has been a great keto friendly sugar substitute for a very long time. However, stevia does contain a pretty powerful aftertaste that is not too pleasant. Personally, I would rather just deal with the minty aftertaste myself.

In addition, stevia is 200+ times sweeter than table sugar. This can make it hard to experiment with since about 1 tsp of stevia liquid extract is enough to replace one cup of sugar. Of course, you could always do the math and there are plenty of conversion charts online, but it is still a hassle.

There are also brands that carry powdered stevia for baking. However, since stevia is so strong, the powder must have an added filler. Often times the filler is just plain old sugar. So yes, it has fewer calories and carbs than pure sugar but is still not the best option for a ketogenic diet.

Another common ingredient that these powdered stevia brands add in is erythritol. In fact, if you read the back of many stevia products the number one ingredient is erythritol. Not to say that these are bad products, just that it does not really do much in the efforts to reduce the cooling effect associated with keto sweeteners.

The same goes for monk fruit as well. Monk fruit is also much sweeter than sugar and is often found in mixes containing erythritol. However, you may notice a difference when using an erythritol mix. My favorite would probably have to be Lakanto Monk Fruit Sweetener. It is made from a mixture of erythritol and monk fruit extract and measures cup for cup with table sugar.

Another common low-carb sugar substitute is xylitol. Unfortunately, xylitol also to produces a similar cooling effect as erythritol. Also, many people report stomach discomfort from consuming too much xylitol. This has been also been reported with erythritol but it does not seem to be quite as common. Xylitol is also very toxic to dogs so be careful where you store it if you decide to try it in any of your recipes.

With some recipes, there just might not be a way around experiencing some of the cooling effects of baking with erythritol. However, there are plenty of keto dessert recipes on this site as well as all across the internet that use erythritol and taste amazing.

By using some of these tips you can greatly reduce the cooling effect you experience baking with sugar alcohols. However, if you really can’t stand the minty taste I recommend sticking to the recipes best suited for baking with erythritol.