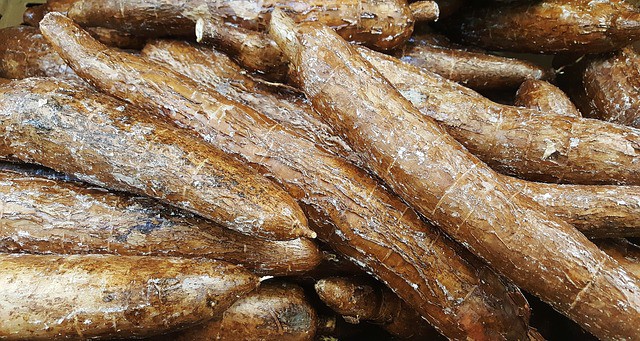 One cup of cassava flour contains about 328 calories, 0.6 grams of fat, and 78 grams of carbs. Of those carbs, a very minimal 3.7 come in the form a fiber. All in all, you are looking at about 74.3 net carbs per cup with not even 1 gram of fat per cup.

You will often see cassava flour used in many gluten-free, grain-free, and even paleo recipes and products. So if you are simply trying to avoid grains or gluten then cassava flour might be a good choice for you. However, if you are looking for a keto friendly flour there are far better options. But we will discuss that later.

The first thing you might be asking is, what is cassava flour anyway? Cassava flour is simply a flour made from dried ground cassava root. This starchy tuberous root of the cassava plant. This is the same plant from which we also get tapioca. That said, you can probably already guess that tapioca flour is also not keto friendly.

Why Then Do So Many People Think Cassava Flour Might Be Keto?

I personally believe the confusion comes through the cassava root’s popularity in the paleo community. Though not everyone in the Paleo community eats cassava, you will find it in many paleo recipes and products. Since so many people follow both a paleolithic and ketogenic diet, there can be a lot of confusion.

A paleo diet, though usually low-carb in nature, is not the same as a keto diet. The typical macro guidelines for following a keto diet are eating roughly 70-75 percent of your calories from fat, 20-25 percent from protein, and about 5-10 percent from carbs.

A paleo diet, on the other hand, is a diet that focuses on eating what they believe our paleolithic ancestors would have had access to. That said, many paleo approved foods still are not good choices for a keto diet. That said, if a caveman were to find a nice batch of cassava root, he would be kicked out of ketosis pretty quick. 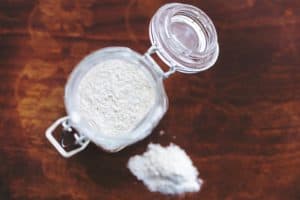 There are many great keto friendly flour options to choose from instead of cassava flour. Probably the most common keto flour is almond flour. Almond flour is great because it is widely available and has a fraction of the carbs of wheat or cassava flour.

For instance, a 1/4 cup of almond flour contains roughly 6 total carbs and 3 grams of fiber. This equals only 3 net carbs compared to cassava flour with 25 grams of net carbs. In addition, almond flour is used in most of the keto recipes you will find online and in recipe books. That said, it is probably the best option for a keto friendly flour.

My personal favorite is actually pecan flour. This keto friendly flour contains significantly fewer net carbs than even almond flour. In fact, 1/4 cup serving of pecan flour only contains about 4 total carbs, 3 grams of fiber, and only 1 net carb!  That’s 1/25 of the net carbs found in cassava flour.

Pecan flour is great for baking as well and has a great nutty taste. You will often see it mixed with almond flour in most of my recipes. The reason for this is that pecan flour can be a bit pricey and hard to find at most grocery stores. It is, however, easy to make and worth the price if you can swing it.

Another option for keto flour is coconut flour. This low-carb flour, like almond flour, is easy to find and pretty common in keto recipes. Also, there are many people who are allergic to nuts but seem to handle coconut flour without any issues. Check with your doctor first if nuts are an issue, but coconut flour might be your best nut-free substitute for cassava flour.

One-quarter cup of coconut flour contains just about 6 net carbs. This is still a fraction of the net carbs found in cassava flour. In addition, coconut flour does not measure cup-for-cup with wheat flour. That said, you will often be using significantly less coconut flour in your recipes than you would with many other flours. For more info on keto friendly flours, I have written a whole keto baking guide.

Other Low-Carb Thickeners To Use Instead Of Cassava Flour

Since cassava flour is so starchy, it is often used as a thickening agent in many recipes. So if you are looking for a keto friendly thickening agent to use instead there are a few ways you could go about it. The first option I would usually consider is xanthan gum.

However, due use with caution because it only takes a small amount to do the trick. If you are not careful your keto friendly gravy can quickly turn into jello. So be careful and try adding in a very small amount at a time. In addition, web MD recommends limiting to less than 15 grams a day.

OTHER GREAT OPTIONS TO USE AS KETO THICKENING AGENTS INCLUDE:

Make sure to read up on all these ingredients above, as large amounts may cause stomach discomfort or other problems. Anyway, I hope you enjoyed this article! And even though cassava flour is not keto friendly, rest assured that there are plenty of other options available.