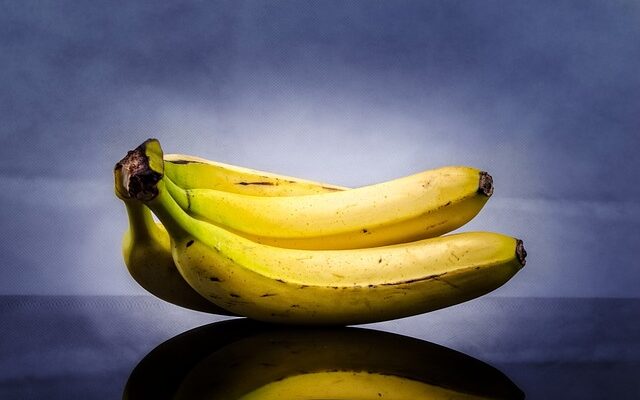 Bananas are one of the most convenient fruit options but if you’re doing the keto diet, you may have to find a better alternative for that delicious banana flavor.

Even though bananas aren’t the most keto-friendly, there are ways that they could be incorporated while on the keto diet without ruining your results.

Bananas aren’t keto-friendly because they contain much more sugar than most other fruits; in fact, bananas contain roughly 31 grams of carbs and 17 grams of this is sugar. Although the sugar in bananas is natural sugar and not added, it will still count against you while you’re doing the keto diet.

This equates to one banana having 27.5 grams of net carbs, which is a high carb intake for someone doing keto because most people on keto try to eat less than 25 net carbs per day.

The number of carbs in bananas makes it difficult to include them on the keto diet because one banana may be too many carbs to keep you in ketosis. So if you’re having a banana then you really shouldn’t have any other carbs for the entire day, which is probably unrealistic.

How To Include Bananas While On The Keto Diet

Although bananas aren’t keto-friendly, they can be included in your diet if you’re strategic about how you include them.

One way that you can do this is by including them in keto-friendly baking recipes and letting one banana be split throughout the entire recipe so that your carbs per serving are lower.

Another common way that those doing keto include the banana flavor in their diet is by using a banana extract so that you’re still enjoying that delicious banana flavor but without all the carbs that come with it!

My favorite keto-friendly banana recipes are:

Why Could Bananas Be Helpful For Those On The Keto Diet?

The main nutrient that bananas have that would be helpful on keto is potassium. Potassium is essential for your health, especially when you first start the keto diet because of the water loss and electrolyte loss that happens when you start limiting carbs.

When you start restricting the number of carbs that you’re having per day, your body will start to lose a ton of water weight because for every gram of carb you eat you typically store 3 to 4 grams of water with it. So when carbs are limited, you will experience a large water loss which will also deplete your electrolytes.

This is why people often experience flu-like symptoms, which some refer to as the “keto-flu”. To reduce the effects of this flu, one of the best things you can do is to replenish your electrolytes (potassium, sodium, magnesium). Bananas would be helpful in this situation because one large banana contains roughly 487 mg of potassium.

That being said, if you’re someone who prefers not to use your daily carb intake just to get this potassium, then there are some other options.

The first food I would recommend instead of bananas for potassium is avocados. One 201-gram avocado contains a whopping 975 mg of potassium. Additionally, it’s loaded with 29 grams of keto-friendly healthy fats and is lower in carbs than bananas.

Another keto-approved food that has a surprising amount of potassium is zucchini. In fact, one large zucchini contains an amazing 843 mg of potassium, which is much more potassium per serving compared to bananas.

Brussel sprouts are another great keto-friendly option for potassium because one cup of cooked brussels sprouts contains about 494 mg of potassium. If you’re someone who doesn’t mind the taste of brussel sprouts, then you could eat this vegetable as a lower-carb alternative to bananas.

Though bananas are tasty and do contain a fair bit of nutrition, they are not keto-friendly and therefore aren’t the best option while on the keto diet. Banana could be included in baked goods if you’re missing the taste of banana but still want to make progress while on keto.