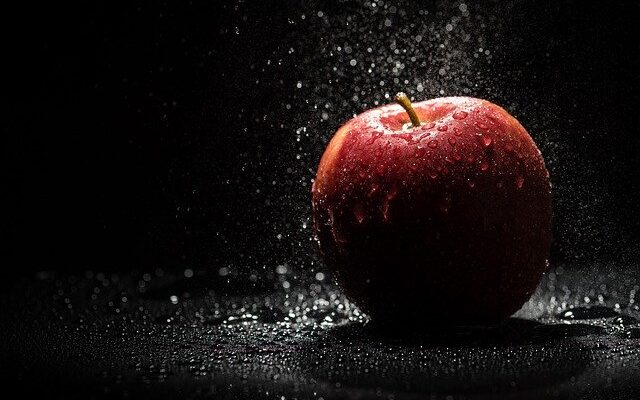 Apples are one of the most popular fruits in the world. Not only are they loaded with nutrition but they are also very delicious. Apples come in a variety of tastes, colors, and even textures. That said, it is hard not to like at least one of the varieties of apples on the market. However, are these amazing fruits ok to eat on a keto diet? Are apples keto?

As much as it pains me to say this, apples are not keto-friendly. In fact, just one apple contains as many carbs as many people eat in a day on the keto diet. So unfortunately if the goal is to stay in ketosis, apples should not be on the menu.

After all, the keto diet is a diet that is very low in carbohydrates. In fact, most people on keto will try and keep their net carbs to 25 or fewer per day. So technically as long as you keep your net carbs to under 25 then you could have a small amount of apple on the keto diet. However, it would be such a small amount that it is not even worth a thought. How much you might ask? Well, let’s look at how many carbs are in an apple.

How Many Carbs Are In An Apple

If you are hoping to be able to eat a small amount of apple on the keto diet, don’t get too excited yet. Even though fruits are nutritious, most fruits are too high in carbs to eat on the keto diet. Of course, there are a few you can eat but we will get to that later. For now, let us look at the carbs in one large apple. Of course, apples range from variety to variety. But most are going to have roughly the same numbers.

One large apple contains about 116 calories, .4 grams of fat, 31 carbs, 5 grams of fiber, and .6 grams of protein. After subtracting the fiber from the total carbs we are left with 26 net carbs. That said, just one large apple contains more carbs than many people eat in one day on keto. So maybe you can get away with a bite of an apple? Either way, it is simply not worth the carbs to try and eat any amount of apple on a ketogenic diet.

But I Thought Apples Were Good For You?

You may have heard the phrase: An apple a day keeps the doctor away. The phrase implies that apples are so nutritious you are less likely to get sick and need a doctor. Of course, if the phrase was completely true I would definitely wouldn’t be following a keto diet. Not if I could eat an apple and never need to go to the doctor.

Of course, I understand that they do not really mean that. In addition, I do believe that apples are very nutritious. However, that does not mean they are keto-friendly. There are a ton of foods that are loaded with nutrition that are not allowed on the keto diet. This is because they are also loaded with sugars or starchy carbohydrates.

There are also plenty of foods that will not kick you out of ketosis and are unhealthy. Keto is great, but don’t get so wrapped up in the diet that you think everything low in carbs is healthy. It’s the same thinking as the people who buy fried corn chips because it’s gluten-free.

At the same time don’t think that all foods not allowed on keto are unhealthy. They simply do not match our needs to eat in a way where our bodies are in nutritional ketosis. With that being said, I do want you to understand the same nutrients in apples can be found in keto-friendly food sources.

Most fruits and some veggies contain too many carbs for keto yet are very high in nutrients. However, you can still find these nutrients in other keto-approved foods. Apples, for example, contain vitamins, minerals, fiber, and much more. But as long as you are eating plenty of keto-friendly veggies, nuts, and high-quality animal products, you don’t need to worry about the nutrition in apples.

What Fruits Can I Have On Keto?

Like I said, most fruits contain too much sugar for the keto diet. Thankfully, however, there are a few fruits you can enjoy in moderation on the keto diet. I don’t want to get technical and tell you about how cucumbers and squash are technically a fruit and keto-friendly. You want to know the REAL fruits that are ok for the keto diet.

The best fruits for the keto diet, in my opinion, are berries. That is with the exception of blueberries as they tend to be a bit higher in carbs than other berries. Blackberries, on the other hand, are very low in carbs compared to other fruits. Don’t get me wrong you still need to eat them in moderation, but you can certainly include them on the keto diet.

One hundred grams of blackberries contains roughly 10 carbs with 5 grams of fiber. That would equate to 5 net carbs per 100 grams. This is very low compared to other fruits. For this reason, blackberries are about the only fruits I use in my keto dessert recipes. Since I can’t have apple pie, I instead fill this craving with my keto blackberry cobbler. In addition, I also have a mini blackberry tart recipe and even a low-carb blackberry swirl ice cream recipe.

Strawberries can also be eaten in moderation. They also contain about 6 net carbs per 100 grams. So feel free to eat a small amount of these berries on a keto diet. Like apples, all of these berries are loaded with nutrition but without a ton of sugar.

Lemons are also low in carbs compared to other fruits. Though not as tasty as apples by themselves, they are packed full of vitamins and minerals. One lemon contains about 3.5 net carbs and they are great for the keto diet. Try adding some lemon to your water for some extra nutrition.

Though apples are not keto-friendly, there are other options to choose from on the keto diet. You can get plenty of vitamins and minerals from keto approved veggies. In addition, if you are really craving some fruit, simply eat a small number of berries. After some time on the keto diet, you will probably find berries to be very sweet.